Please find useful information in regard to our services

What's the difference between antivirus and anti-malware?

It's the $64,000 question. The ultimate question of life, the universe, and everything. (And no, the answer isn't 42.) Whenever someone begins their search for online security, they ultimately discover there are two major types of protection: antivirus and anti-malware. Which leads them to the inevitable query: What's the difference between antivirus and anti-malware?

Before we can answer that, we need to first unveil what, exactly, are viruses and malware. A virus is a piece of code that is capable of copying itself in order to do damage to your computer, including corrupting your system or destroying data. Malware, on the other hand, is an umbrella term that stands for a variety of malicious software, including Trojans, spyware, worms, adware, ransomware, and yes, viruses. So the logic follows: all viruses are malware. Not all malware are viruses. Ya dig?

Unfortunately we can't stop there because it's a little more complicated than that. Viruses are considered to be legacy threats. By this we mean: they've been around for a while and haven't changed all that much. They aren't used very often by today's cyber criminals, which is why many antivirus companies have evolved to fight more than "just" viruses. This can include infectious malware like worms, web threats like keyloggers, or concealment malware, such as rootkits.
So why do antivirus companies still call themselves antivirus? Since viruses made headlines in the 90s, security companies focused their efforts on fighting them. Thus the term antivirus was born. It all boils down to marketing. Most people are familiar with computer viruses and what they do. Not a lot of people know what malware is. Compare and contrast

Antivirus usually deals with the older, more established threats, such as Trojans, viruses, and worms. Anti-malware, by contrast, typically focuses on newer stuff, such as polymorphic malware and malware delivered by zero-day exploits. Antivirus protects users from lingering, predictable-yet-still-dangerous malware. Anti-malware protects users from the latest, currently in the wild, and even more dangerous threats. In addition, anti-malware typically updates its rules faster than antivirus, meaning that it's the best protection against new malware you might encounter while surfing the net. By contrast, antivirus is best at crushing malware you might contract from a traditional source, like a USB or an email attachment.

No one tool can catch everything, which is why security experts recommend a layered approach. It's better to have more than one set of eyes looking at threats from different angles. "I'm sure you've heard the old saying 'jack of all trades, master of none,'" says Samuel Lindsey, Malwarebytes user advocate. "That's how I see all-in-one security suites; they just can't detect everything on any given day."

Your best bet is to use an antivirus program to catch the classic threats and an anti-malware program, like Malwarebytes Anti-Malware Premium, for the newer, more advanced dangers. And you needn't worry about the impact of running two real-time scanners at the same time on your machine's performance—most anti-malware software is lightweight, easy-to-run, and designed to work alongside antivirus.

So there you have it. Your questions have all been answered. You may now be at peace…
…until you wonder how to remove malware from your already-infected PC. Don't worry, young grasshopper. We have an answer for that.
Covid19 Update

Welcome back to the Orange Level!

We sincerely hope that all of you have been keeping safe and healthy and aren’t suffering too much with all the Covid-19 life changes. We are fully staffed Monday to Friday 8:30 to 5:00. Please just knock on our door. We are inside and happy to serve you! Although our door remains locked to incoming traffic, we are able to meet with the appropriate distancing and facial masking. Our reception area to is Physical-Distance-friendly for our customers and staff. A Lexan barrier has been installed, along with a receiving shelf making pickups and drop-offs safe and easier for everyone.

We’re still doing as much as we can remotely, only coming on site when the issue can’t be fixed any other way. We’re masked and gloved when doing so and are very happy to follow your “stop the spread” protocols. 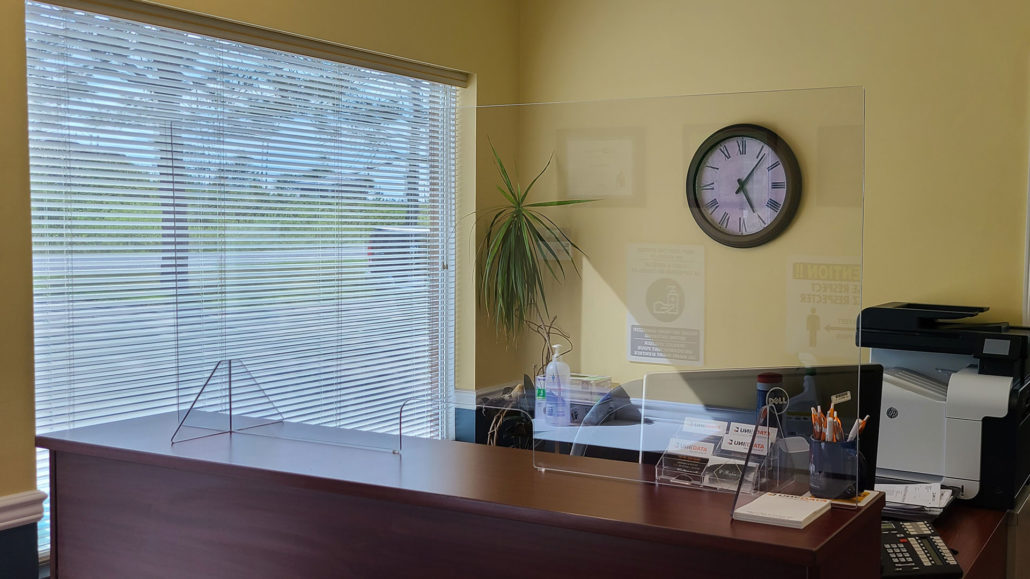